CHELATION 2015 is a sub event of CIRCLE (Chemical Engineering Competion for High-School) where contenders are challenged with problems pertaining National and International Chemical Engineering and Energy issue through enticing debate aimed for High-School students all over Java and Bali islands. The debate will be held fully in English, adopting All-Asian Parliamentery System. 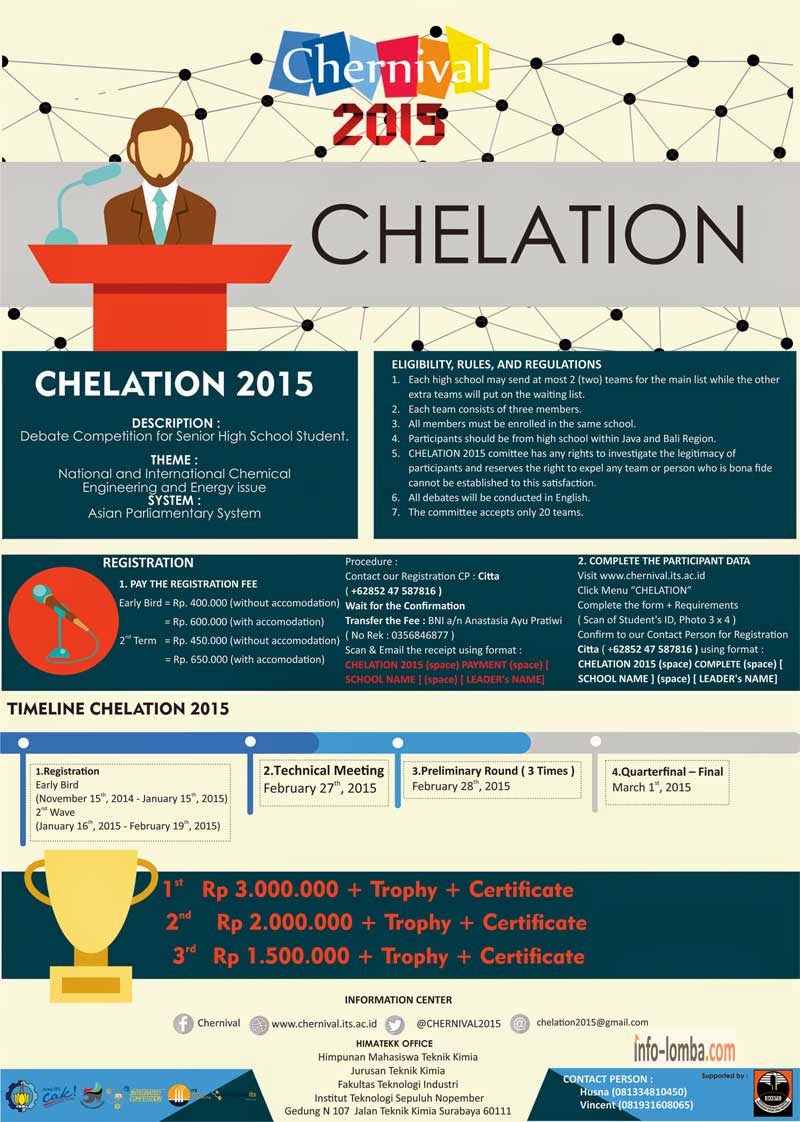 PRIZES
All the participants will be awarded by Certificate QUOTE OF THE WEEK